Showing posts from September, 2020
Show All

A Four-Seater TB-20 Aircraft of Indira Gandhi Rashtriya Uran Academy (IGRUA) of Amethi crashed today in ​​Azamgarh district of UP. 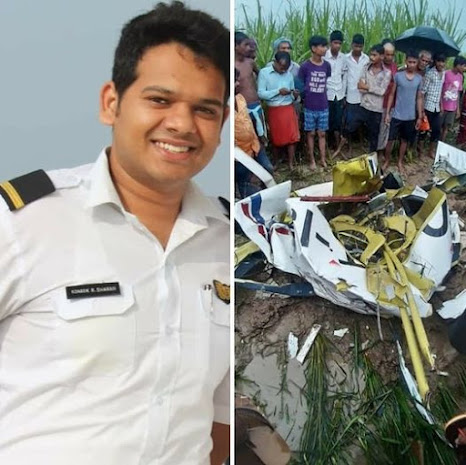 Sad News... A Four-Seater TB-20 Aircraft of Indira Gandhi Rashtriya Uran Academy (IGRUA) of Amethi crashed today in ​​Azamgarh district of UP. Trainee Pilot Capt Konark Sharan, The 21-year old Trainee Pilot Capt Konark Sharan, who was flying the TB20 Aircraft, has died in this accident. He was the son of retired Air Indian Shri Ram Sharan (Manager- Personnel). Azamgarh Plane Crash One Pilot Killed as Aircraft Crashes in Uttar Pradesh Small aircraft carrying One Trainee Pilot Capt Konark Sharan, crashed in Uttar Pradesh on Monday, killing one. The accident occurred in Sarai Meer in Azamgarh district of the state. Sources present at the site have stated that the aircraft crashed at nearly 11:20 am today. Two people jumped out of the aircraft with the help of a parachute, while one person is yet to be found. Search for the missing is on. Police and local authorities were present at the incident spot. The aircraft belonged to the Centre-run flying-training institute Indira Ga
Post a Comment
Read more
More posts