Job Roles and Responsibility of a Ground Staff in an Airlines 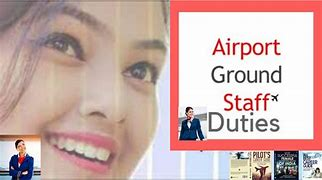 Job Roles and Responsibility of a Ground Staff in an Airlines Ground Staff Job Description Ground crew or ground staff work in the aviation industry where they are engaged in various roles at the airport. Ground staff ensures the safety and comfort of passengers, including checking in baggage, providing information, assisting disabled passengers, confirming reservations, and selling tickets. We are looking for energetic ground staff to be responsible for administrative duties and communication with passengers. Your duties will include welcoming passengers, providing information, assisting passengers who are disabled or are traveling with small children, checking in luggage, taking reservations, and selling tickets. You should be able to promptly resolve passenger queries and ensure that all passengers are satisfied. To be successful as ground staff, you should display outstanding interpersonal skills and achieve excellent customer service, which consistently meets the goals and vision
Post a Comment
Read more

Airlines Hiring in Saudi Arabian Airlines Saudia (Arabic: السعودية as-Suʿūdiyyah ), formerly known as Saudi Arabian Airlines (الخطوط الجوية العربية السعودية), is the flag carrier of Saudi Arabia, based in Jeddah The airline's main operational base is at King Abdulaziz International Airport in Jeddah. King Khalid International Airport in Riyadh and King Fahd International Airport in Dammam are secondary hubs. The airline is the third largest in the Middle East in terms of revenue, behind Emirates and Qatar Airways. It operates domestic and international scheduled flights to over 100 destinations in the Middle East, Africa, Asia, Europe and North America. Domestic and international charter flights are operated, mostly during the Ramadan and the Hajj season. It joined the SkyTeam airline alliance on 29 May 2012 becoming the first Persian Gulf carrier to join one of the three major airline alliances. Saudia is a member and one of the founders of the Arab Air Carriers Organization.
Post a Comment
Read more 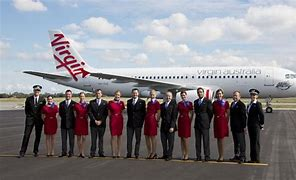 Airlines Hiring in Virgin Australia Airlines Virgin Australia, the trading name of Virgin Australia Airlines Pty Ltd, is an Australian-based airline. It is the largest airline by fleet size to use the Virgin brand. It commenced services on 31 August 2000 as Virgin Blue , with two aircraft on a single route. It suddenly found itself as a major airline in Australia's domestic market after the collapse of Ansett Australia in September 2001. The airline has since grown to directly serve 32 cities in Australia, from hubs in Brisbane , Melbourne and Sydney The airline's headquarters is based in South Bank, Queensland . It was co-founded by British businessman Richard Branson (the founder of Virgin Group ), who resides in the British Virgin Islands on his own Necker Island, and former CEO Brett Godfrey . In 2011, the airline went through a massive transformation—the changing of its brand to Virgin Australia. [5] This included the introduction of a new aircraft livery, new uniforms
Post a Comment
Read more 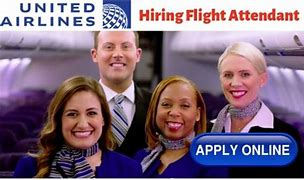 Airlines Hiring in United Airlines  United Airlines, Inc. (commonly referred to as United), is a major American airline headquartered at the Willis Tower in Chicago, Illinois United States operates a large domestic and international route network spanning cities large and small across the United States and all six inhabited continents. Measured by fleet size and the number of routes, it is the third-largest airline in the world after its merger with Continental Airlines in 2010. United has eight hubs, with Chicago–O'Hare being its largest in terms of passengers carried and the number of departures. It is a founding member of the Star Alliance, the world's largest airline alliance with a total of 28 member airlines. Regional service is operated by independent carriers under the brand name United Express. The United brand name was established by the amalgamation of several airlines in the late 1920s, the oldest of these being Varney Air Lines, which was founded in 1926. United
Post a Comment
Read more
More posts